After having my food licence approved (a prerequisite to do anything foodie here in Australia) I drove up to The Summit (Granite Belt) to fetch some fresh pressed apple juice. Apple picking season is in full swing at the moment and I can choose from the best apples to create my cider.I’m working together with Neil and Ruth Cook to get my juice pressed. They used to run an organic apple orchard in the Granite Belt, but these days they concentrate on just juicing the best apples from the region. About half the apples for this juice are produced by Neil and Ruth (they still have some trees) with the rest sourced from the Vedelago orchards. 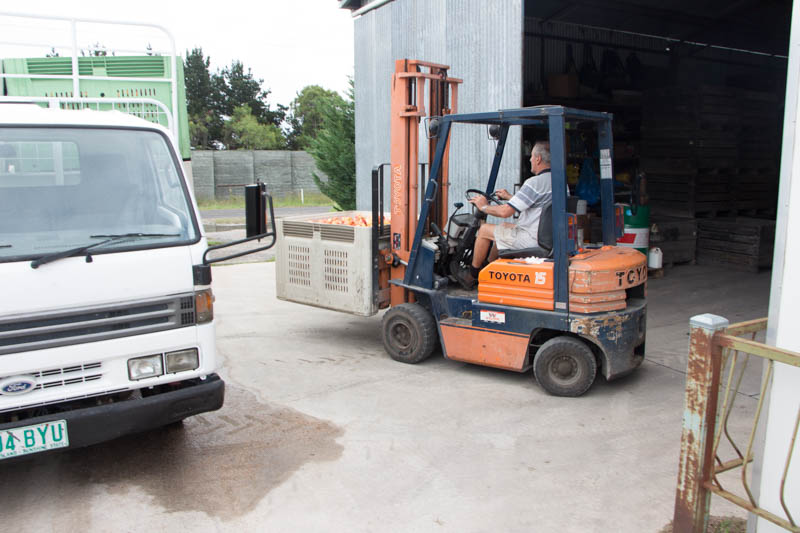 For this juicing we used the following apple varieties: 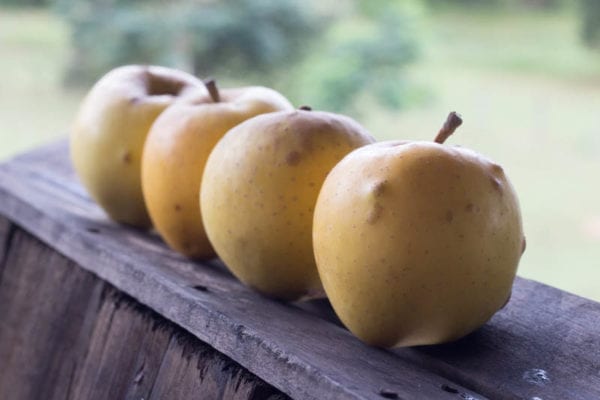 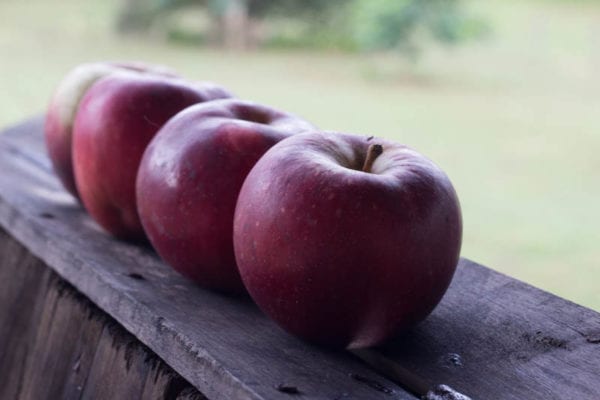 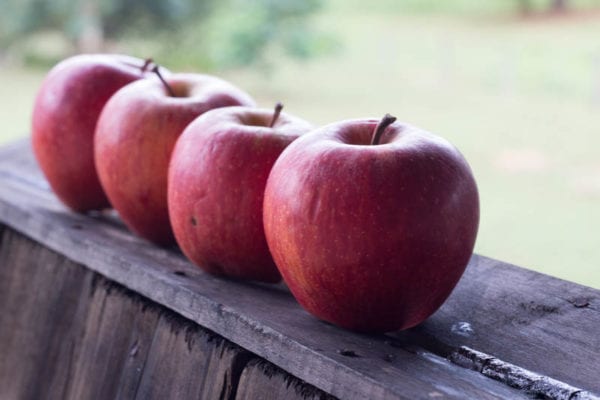 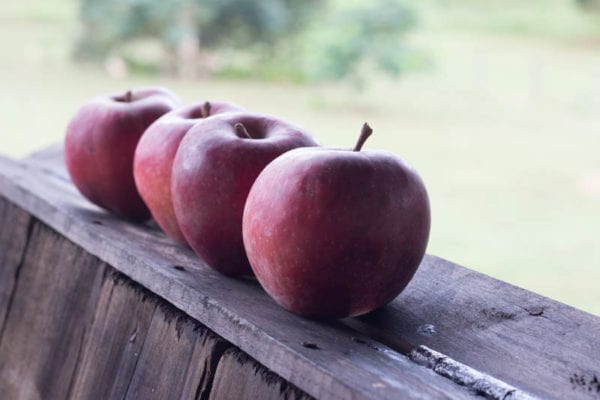 The apples are harvested into big bins – each holding approximately 300kg of fruit. Those bins are then tipped onto a conveyor belt where Ruth inspects each apple. Only the good ones make it past her. At the end of the day we had nearly half a bin full of rejects. 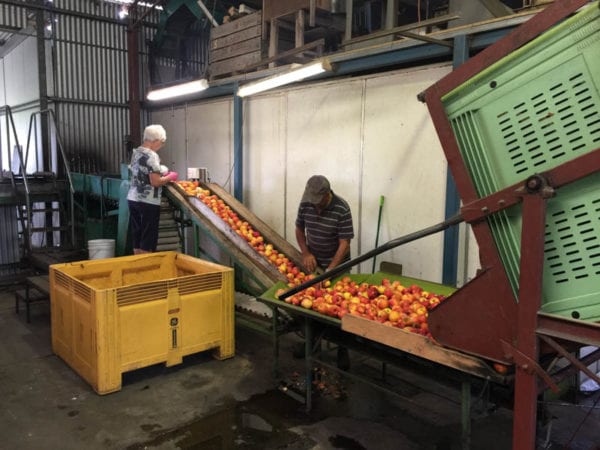 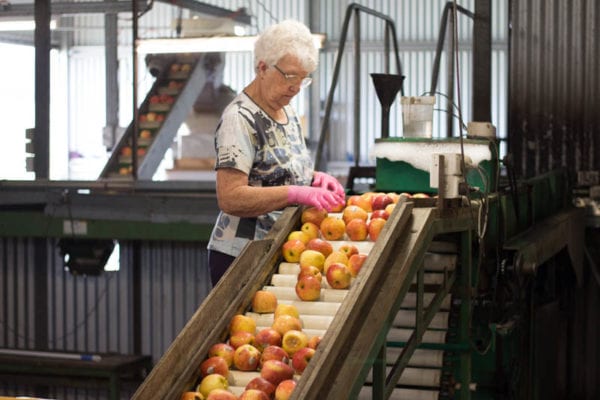 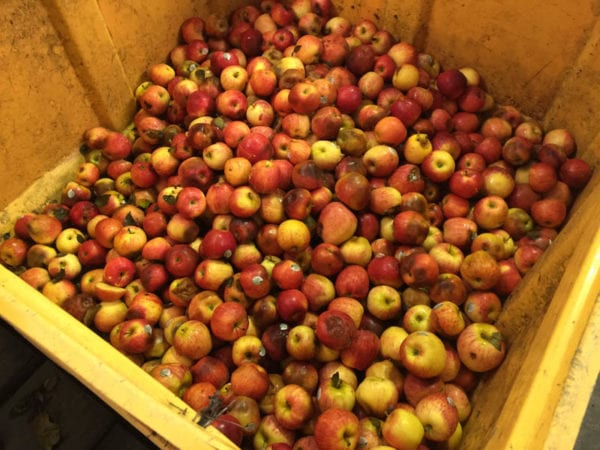 Ruth and Neil inspecting the apples. The rejects.

Once the apples made it past Ruth’s watchful eye they get washed, scrubbed and dried again. We don’t want the wash water in our juice either! Only now the actual juicing is starting. The conveyor belt brings the apples up into a mill where they get shredded into a fine mush called pomace.After washing, scrubbing and drying the apples fall into the mill. 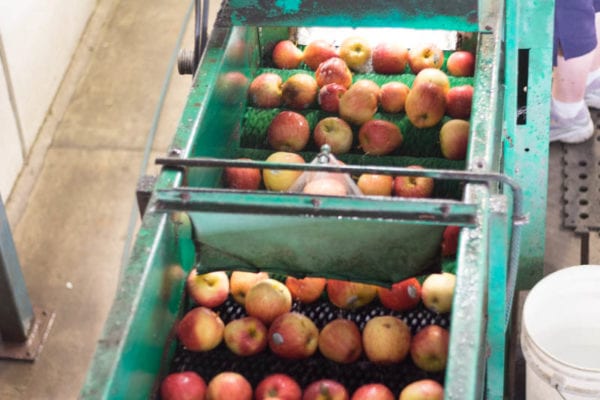 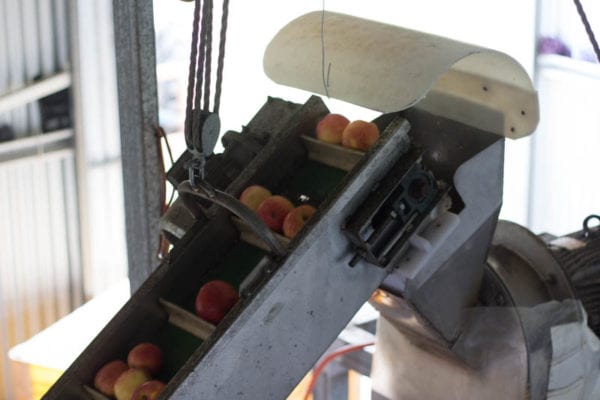 After washing, scrubbing and drying the apples fall into the mill 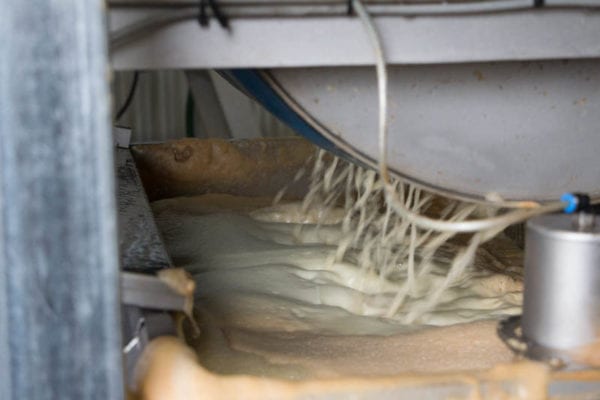 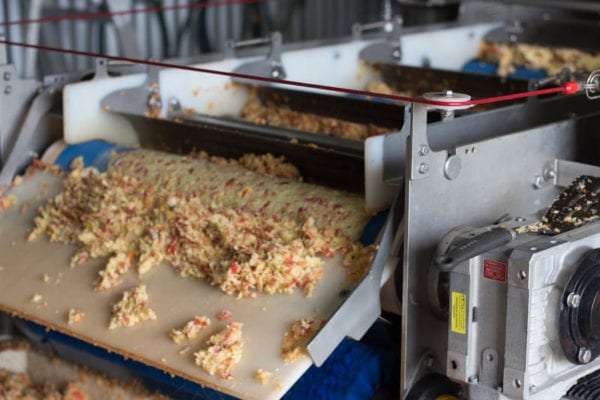 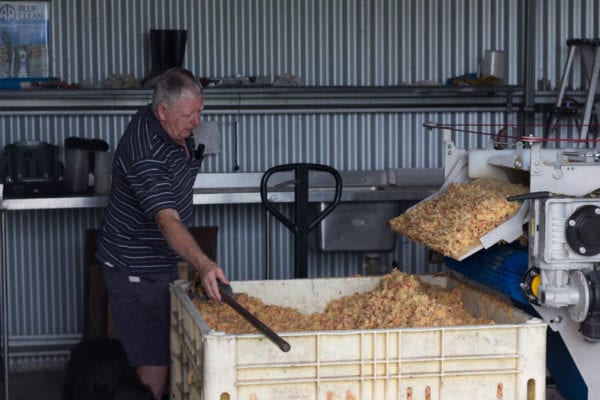 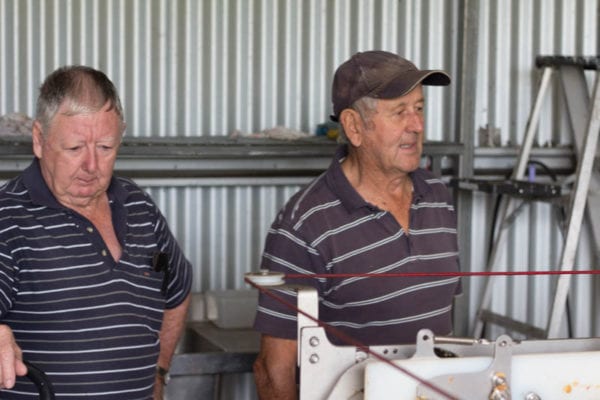 1st Juice running out of the belt press. The dry pomace falls into bin. Dick (the press-man) and Neil inspecting the press

The juice is now pumped into clean containers for the transport back to the Cidery on the Sunshine Coast.

It’s not over yet. After the juicing comes the big cleanup. Everything gets washed and scrubbed with hot water and the dry pomace is set aside. A local farmer will pick it up and feed to his cattle. 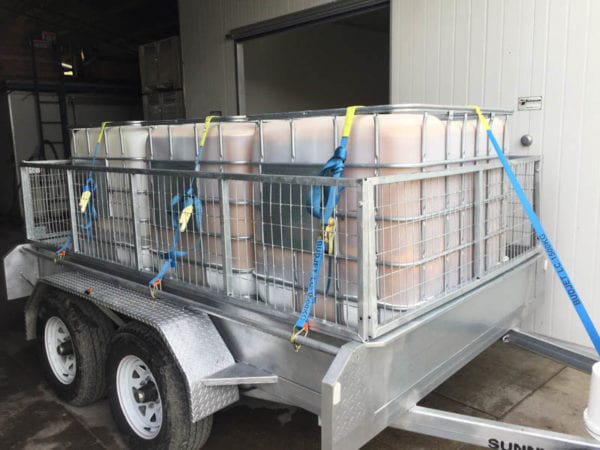 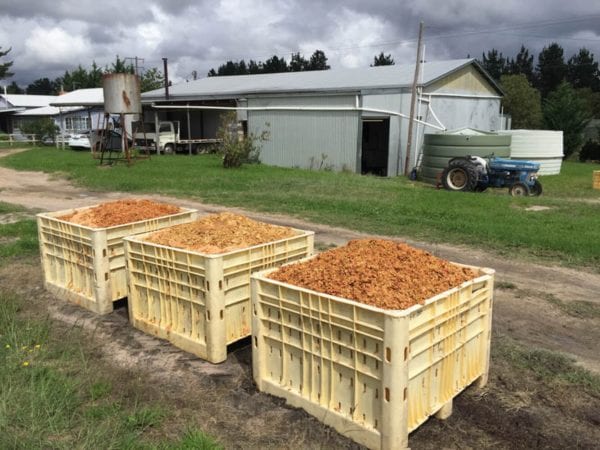 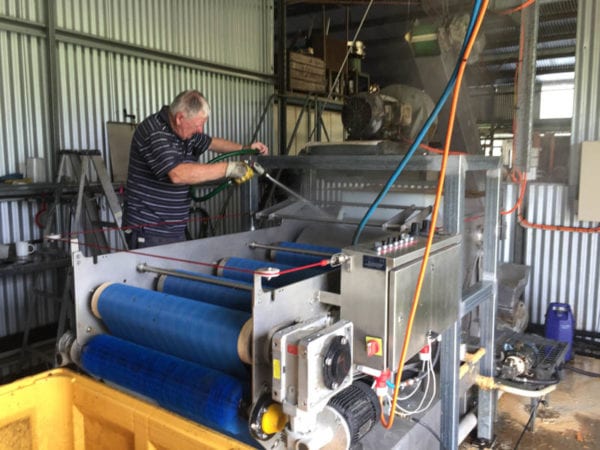 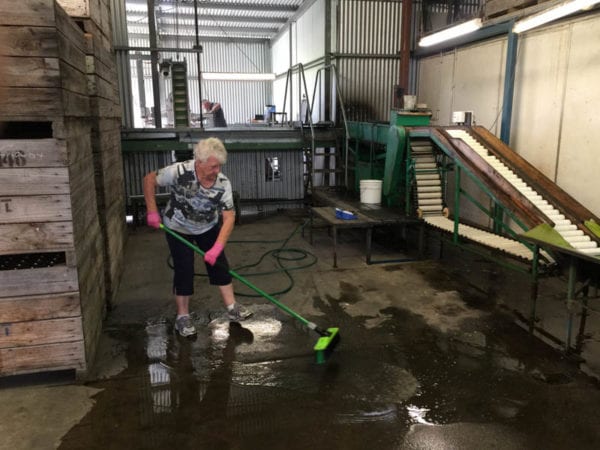 Our 1st load is ready to leave! The big clean. The pomac is picked up by a local farmer as cattle feed.